Apple approved the update for ZOS on iOS, so it’s now available on the store. Woohoo!! 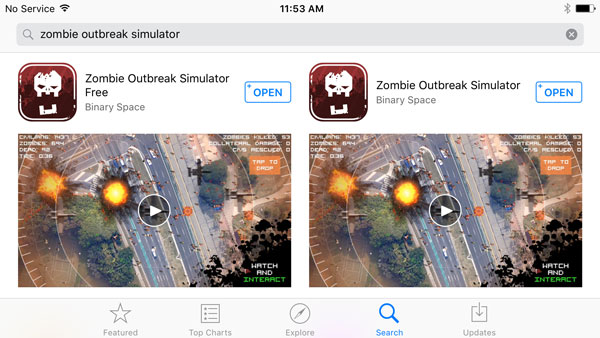 You can get the free version of Zombie Outbreak Simulator for iOS (free to download and try out, with in-app purchases to upgrade), or if you’re sure you want everything you can go straight for the paid version.

So, what next? Bugs, that’s what :| I’m seeing some crashes on the Android version that I need to take a look at…

In my last post on the ZOS for iOS update I had all the maps, all the actions (bombs, soldiers, helicopters), and all the usual zombie mayhem all working. So it was “almost” ready, right?

Well, not quite. There were a whole bunch of tedious things left to do – like the tutorial, credits, sharing, purchases, ads, crash reporting, analytics, debugging, and fixing featured maps. Plus random issues with the Android version that I had to jump over and fix in the meantime. That’s why it’s been over two months!

However, I have now finally finished, woohoo!!! I’ve just submitted the update to Apple for them to review. 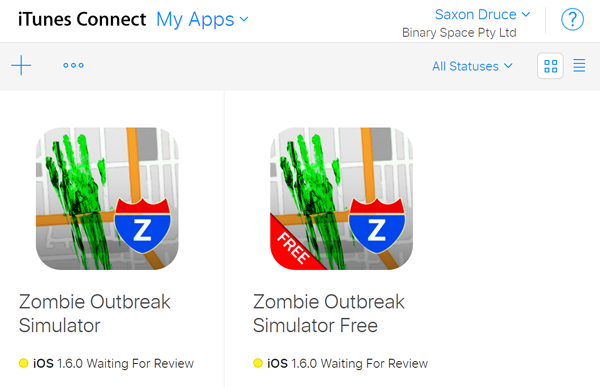 Pretty soon those old app icons will be no more – the update uses the new icon from the Android version.

Now I just have to wait for Apple… hopefully I have better luck with the review process than back in 2012! :)