Back in January I wrote up a post on how sales for Zombie Outbreak Simulator on iOS had gone since it was first released in April last year. Since I’ve just released a new update to ZOS, I thought now would be a good time to post an update of sales since January.

To summarize the last post: In the approx 9.5 months from release until January, ZOS for iOS had earned a total of approx $24,600, made up of approx $21,300 in sales from the original paid version of iZOS, and approx $3,300 in sales from the free version of iZOS. Approx $5,100 of the total was from selling bombs as an in-app purchase in both versions.

Here’s how weekly sales have tracked up until now (going back to August last year to provide some context):

The no-Google-maps update of September last year brought sales up to around $350 per week, and other than a peak over Christmas it stayed at approx that level up until mid-January. From there the general direction has been down – around $300 per week up to the end of February, and since early March it’s mostly been in the $200 to $250 a week range.

Has anything in particular caused the downtrend?

Back at the beginning of January I released an update which added support for the iPhone 5. As part of that update I decided to add some extra free bombs. ZOS for iOS has two types of bombs – the standard Mk81 and the more powerful Mk82. When we first added bombs we provided 100 Mk81 bombs for free (initially every day, but a later update increased that to every hour), but Mk82 bombs could only be purchased.

In the January update I added ten Mk82 bombs for free every hour. I thought it would be interesting to see what effect that might have. Maybe it would give people a taste for the Mk82 bombs, and they’d want to buy more. Or maybe having a few Mk82 bombs would be enough for most people, and so sales would go down.

Here’s the weekly sales of the Mk82 bombs:

So it looks like there was definitely a drop when the January update came out, from around $100 a week to $50 a week, with further declines since then. For comparison here’s weekly sales of the Mk81 bombs:

The Mk81 bombs have been more consistent – although there still seems to be a gradual decline this year. Also to compare here’s purchases of the paid version of iZOS:

And full version upgrades of the free version of iZOS:

So both of these seem to have been declining this year. It’s a similar trend for the number of active users of iZOS and iZOS Free:

So although providing some free Mk82 bombs had an obvious negative effect, this is just one factor against a general negative trend for the game. This is not too surprising given that there have been no real new features added since the bombs were released in June last year.

Not content with losing $50 a week from adding some free Mk82 bombs in the January update, in the update released this week I’ve decided to remove the bomb in-app purchases completely! So now you can rain fire from above with unlimited free bombs :)

This is the total bomb revenue that I’m giving up with this change:

So in recent weeks this has hovered around the $50 a week range – around a quarter of the $200 a week total revenue.

Why give up one quarter of the revenue? Last year Jay and I added the bombs as an experiment. Although it earned some revenue, ultimately what I’ve learned from the experiment is that this type of in-app purchase just doesn’t suit the type of game that iZOS is. Although I think some types of in-app purchases can work well in some types of games, bombs in iZOS is not it – they just made the game worse. So this is the reason why I’ve decided to make bombs free. A while ago I read this article which argues that optimizing short-term returns at the expense of player churn is counter-productive in the long term. This helped reinforce the idea I’d been having for a while that it was time to make the bombs free.

Besides feeling like the right thing to do, $50 a week is not much! I don’t think it’s worth “squeezing” $50 a week out of some players while making the game less fun for everybody, so I’m willing to risk that $50 a week and see what effect it has. The game is definitely better with free bombs (and 15 extra maps). Will it make a difference to sales of the game itself? Only time will tell :)

While looking at the charts above you might have noticed the spike in April – what caused that? On the 13th of April my original sales report that I wrote in January was posted on Hacker News by someone (thanks mikek!). In the three months up to that point the sales report had been seen by about 1000 people, but in just one day the Hacker News post brought an extra 5000 visitors to the site! This caused a brief spike in sales for a few days. Thanks everyone from Hacker News who bought a copy! :)

So, here’s the summary of total sales to date:

So since the last sales report iZOS has earned an extra $4,400. At the time of the last report Binary Space had about $1,000 in the bank, and was expecting about $900 of bills in the near future. The whole last 4 years of development of Binary Space was pretty much at break-even for me. So have the extra sales improved the bank balance?

Since January Binary Space has received about $5,400 from Apple into its bank account (different to the raw sales figure due to the timing of payments). I paid Jay about $3,600, since I’m paying him a share of revenue over the next several years to buy out his share of the company. After I offered to give refunds for our 2011 crowdfunding campaign, I paid out about $500 to people who asked for their money back. And I’ve spent about $1,700 on general operating expenses. So Binary Space’s bank account is now around the $600 mark.

I still haven’t drawn any actual profit out of Binary Space. But it’s still ticking along, bringing in around $800 or so a month, which is enough to cover its expenses. As I said in the last report, although Binary Space might turn into more one day, for now I’m happy that it’s a fun hobby which pays for itself! :) 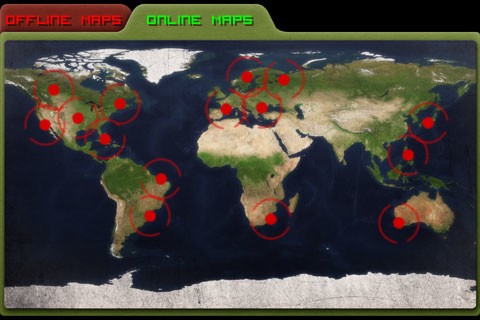 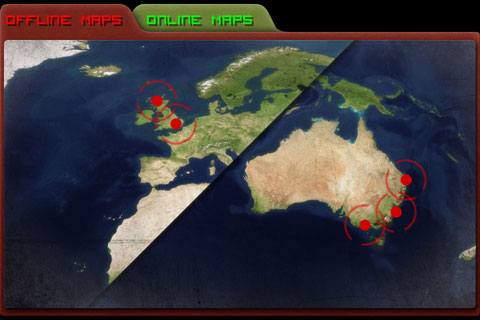 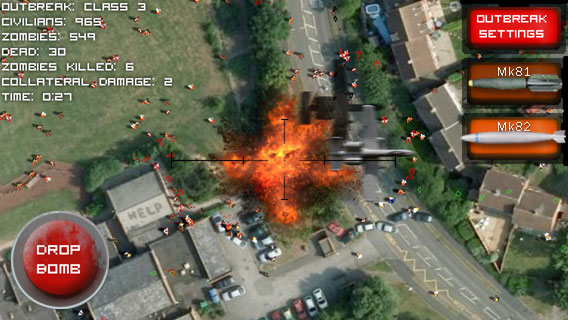 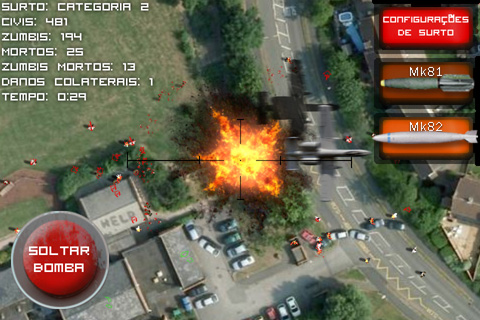 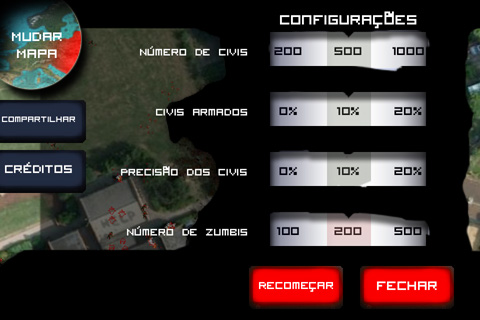 Just thought I’d put up a quick post – I’ve just submitted the next ZOS for iOS update to Apple for their approval!

The main change in this version is that it will finally bring back support for Google Maps! You will be able to choose from 15 online Google maps, or the current 5 offline maps.

Apple usually take about a week to approve updates – so the new version will hopefully be available very soon!

Now that this iZOS update is done, I’ll be switching back to some more development on the web version of C3O. The next feature I have planned is adding the ability to chain together multiple objectives.