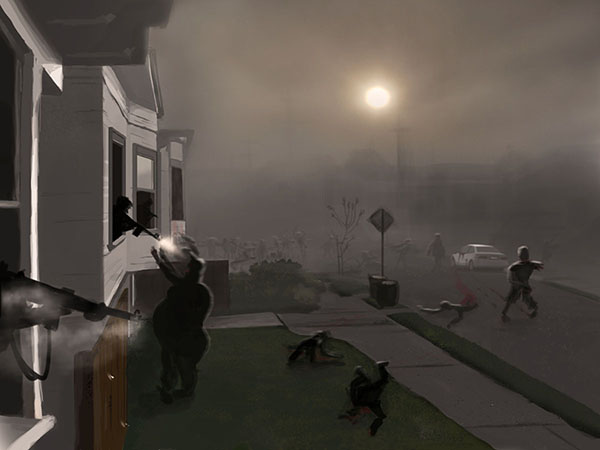 For the past couple of weeks I’ve put on a musicians hat, creating music for our first game. It’s the first time I’ve really ever done anything like compose music, my prior musical experience consists of only a year or two messing around on my guitars, playing tabs from the internet.

Our game, still largely under wraps, will be fairly heavy on low, bass sound effects, so we decided to go for minimal ambient music. Luckily I would say this is probably the easiest and simplest music to compose as well, good for a beginner like myself. Also due to the bass sounds, we chose mainly treble instruments so that they stood out and didn’t mix with the rest of the sound effects. You may be able to guess the genre of game from the music!

I’ve had some help though from a friend, Rhys who is a big muzo, and we have worked together to create a few of our own pieces of music, plus a couple of joint efforts. We have used a lot of samples and instruments from FL Studio, and we have also recorded Rhys on guitar through an amp and in through an Audigy soundcard. The whole process is much easier and higher quality than what I was lead to believe online. For other samples I got onto www.freesound.org after reading about it on Emanuele Feronato’s blog, and have subsequently downloaded and used a great number of samples and audio clips for our music and game sounds. Their usage rights state that you must list each members name in your finished product, so I’ve been keeping a list for the credits. Otherwise you are free to use the sounds as you wish.

I had a long look at music software before deciding on what to get, and while I saw some free options (LMMS seems the best option), we opted for a producer edition of Fruity Loops. I had used the demo and found it very easy to use, with tons of community support, which is vital for learning new software quickly. I thought the extra expense was justified since I could also use it for sound effects, and the speed and ease of use, the huge number of tutorials and support online made it an easy choice.

I have uploaded some of the music for the game that we’ve produced so far on Binary Space’s youtube channel. Go have a look and tell me what you think of our fledgling effort. I’m personally pretty happy with it!

Stay tuned or subscribe if you’d like a first look at the game, we plan on releasing some teaser/preview videos of the game within the next month or two.

Thanks for reading,
Regards,
Jay