Online Poker and my semi-pro career

Poker is a game that really hooked me just over a year ago. I had never touched any form of gambling before, and always thought people who did so were simply foolish. Yet I was reading a book on investing and funnily enough, it suggested poker as a good way to learn how to manage your money, or in poker terms, your roll/bankroll.

All boring money management stuff aside, after having played multi million dollar, AAA quality titles for years on PC, PS2, XBox 360, etc, I was surprised that this simple game of cards was without a doubt the best game I’d ever played. It really drove home the fact that games don’t need a million features and great graphics to be fun, challenging, addictive and infinitely varied. I had always seen games as getting better due to more features, more detail, bigger budget, more, more, moar!

I started out playing Texas Hold’em with play chips online, and occasionally home games with friends. I quickly realised that poker simply isn’t poker without something real and tangible to risk, bet and bluff with. So after buying a book or two on how to play, and reading a lot online, I started playing $5 buy in games with a bankroll of $100.  While I wouldn’t say I was addicted to gambling in the traditional problem case, I loved the game and played up to 8 hours a day. I treated it like a business and took it very seriously, studying daily, hiring a coach and playing according to strict bankroll management. I rarely bluffed, and other players bluffed constantly, so I quickly moved up the stakes to $100 buy in games. In 6 months I turned $100 into $5,000, which funnily enough is actually not impressive in the online poker world. You’ll see stories of people turning $100 into a million in a year… I managed to reach $10k before leveling out at the $200 level, where I found it increasingly harder and harder to win.

At these stakes with the level of players getting better, I found that my mood was getting affected by the game, even after improving significantly in this area during the year. I didn’t go and attack people or anything, but if I lost $1000 in a day I would be less than happy! I also found that I wasn’t creating anything, so while I still love the game, I felt it was time to move on to something else and so here I am.

The elements I find in the “game design” of poker that are so interesting are the meta game (what has happened in the past with players you regularly play against, and how that affects future action), the hidden cards, bluffing, semi bluffing and your opponents, whom can be old foes or new unknowns. Also the random elements of the game, the psychology, and all of the above and how they mix together to form an infinitely complex and changing game.

I haven’t been online in about a week so I might actually go and have a game… $50 only though, I’m a bit lacking in practice!

If you’d like to see some example hands I’ve posted a couple below that are interesting.

This first one is a hand that is probably around 1 million to 1 of actually occurring, straight flush vs quads: http://www.pokerhand.org/?2957028

The second (and last since I can’t find many that are all that interesting strangely enough)… is a semi standard ‘race’ where my opponent makes some questionable moves and wins: http://www.pokerhand.org/?1729856 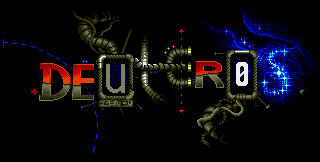 Our first flash game is still under development! We are hoping to produce something very different from the swathe of games that are currently out there. It’s ambitious, possibly too ambitious, but we can’t wait to show you the game as it nears completion. Stay tuned.